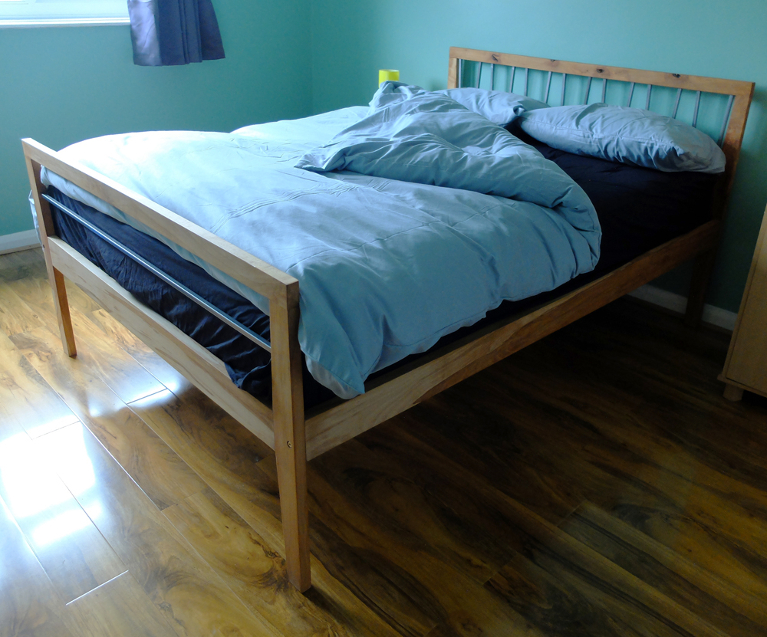 When qualified Joiner Lindsay Draws agreed to make furniture for a friend who was moving into their first unfurnished flat, the bed ended up being the most exciting prospect. Since qualifying from the Stratford Building & Crafts College in May last year, Lindsay has made an assortment of furniture, but this was her first bed project and it’s a beautiful one at that. The wood of the frame  is made from solid beech sourced from fellow member Bruce Saunders’ wood seasoning business: Saunder’s Seasonings. The headboard and footboard have decorative mild steel bars and Lindsay made the slats herself from poplar, held together with cotton webbing.

Having just two days a week to work on it, the whole project took 4-5 months from start to finish to complete.  This included designing the bed and working with her friend to make it exactly how she wanted it.  Just like any project, during those months, this project wasn’t short of colliding with a few hurdles, but each hurdle seemed to help graft the direction of the finial design.

“There were lots of obstacles along the way, like buying bed bolts that were longer than any drill bit I could find! This was my first major project since qualifying as a joiner so there was always going to be a steep learning curve but at least one of the mistakes I made led to better design. The sides of the headboard and footboard were originally intended to be straight and quite narrow. After messing up the cut on one of them (always mark your waste wood clearly!), I realised that they would look much better if they were cut to follow the angle of the metal instead and I’m really pleased with how that looks.” 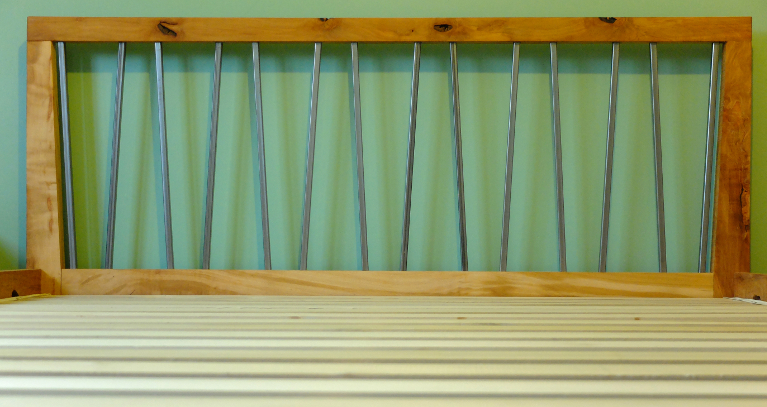 One of the main positives in this for Lindsay was the use of the actual beech itself.  This was her first project working with hardwood, beech in particular, because in all those months working on it, she never got tired of looking at the beautiful grain pattern.

Lindsay is currently in the process of setting up a working partnership with Christina French, another joiner at the Workshop, At present she is working on doors, small pieces of furniture and pots, but is keen to make another bed in the future having ironed out some of the basics of bed construction, particularly making this same design with wood instead of metal in the headboard, which we can’t wait to see when she does.