In 2020 we began a creative activism youth programme, Blackhorse Responders, funded by the Mayor of London. Young people from the local area were asked to choose a theme they care about within their community and to use our workshop resources to make creative work that represents it, to be showcased in public.

After an sudden plunge into lockdown in December, last week we were finally able to welcome the Responders back to the Workshop – where they met RESOLVE Collective, a London-based interdisciplinary design collective who are currently Creative Youth Workers in Residence at the V&A East:

“RESOLVE is an interdisciplinary design collective that combines architecture, engineering, technology and art to address social challenges. They have delivered numerous projects, workshops, publications, and talks in the UK and across Europe, all of which look toward realising just and equitable visions of change in our built environment.” 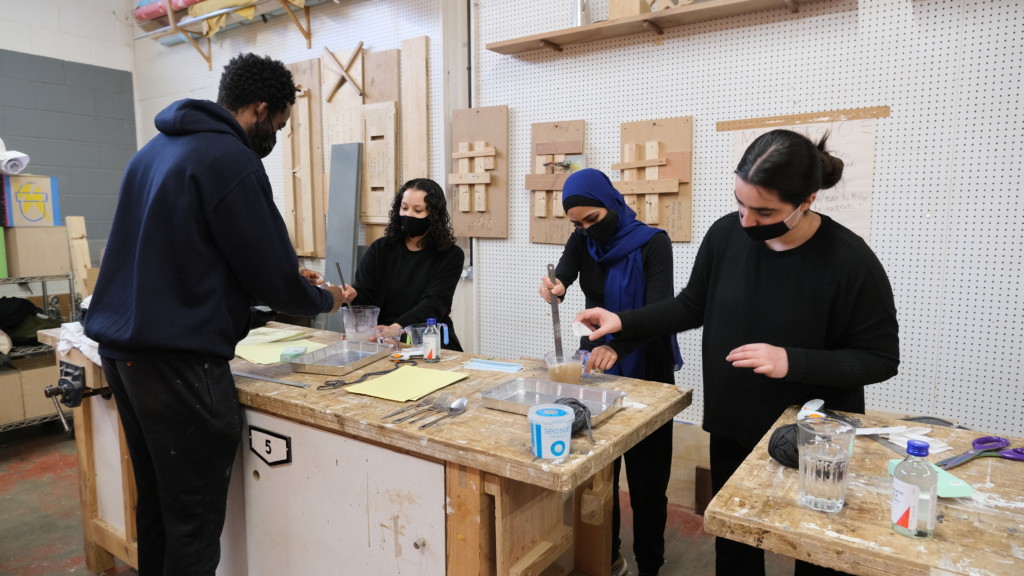 We began the day outside – as it snowed! – to learn more about RESOLVE and what the Responders had been up to since we last saw them, at the end of 2020. When we went inside Seth and Akil showed us techniques which turn found materials into functional and expressive tools for model-making.

Starting from the Endz

First up in our material explorations, we took old t-shirts and turned them into one long continuous strip by cutting them up in what I can only describe as zig-zags. This will later be used to bind objects together, or reinforce structures. Then, we took glycerine and mixed it with agar-agar to produce a jelly-like transfer sheet, which was used to print our sketched designs repeatedly onto paper – like a quick-fire home-made printing press.

This all fed into the conversations we were having around what materials make up our neighbourhoods, and what materials we would choose to express our spaces, or Endz. When you visualise your endz, what materials are surrounding you? Beer bottles, saris, tyres, oyster cards and coffee cups were just some of the ideas that came up!

Day 2 saw Responders taking a long look at Waltham Forest and the surrounding areas, through the lens of seven prompts Seth and Akil set them. We plotted physical markers, emotional markers, routes, ‘gut feelings’ and more. We gave the activity a lot of time in order to break through the cobwebs in our minds and remember early childhood in Waltham Forest. 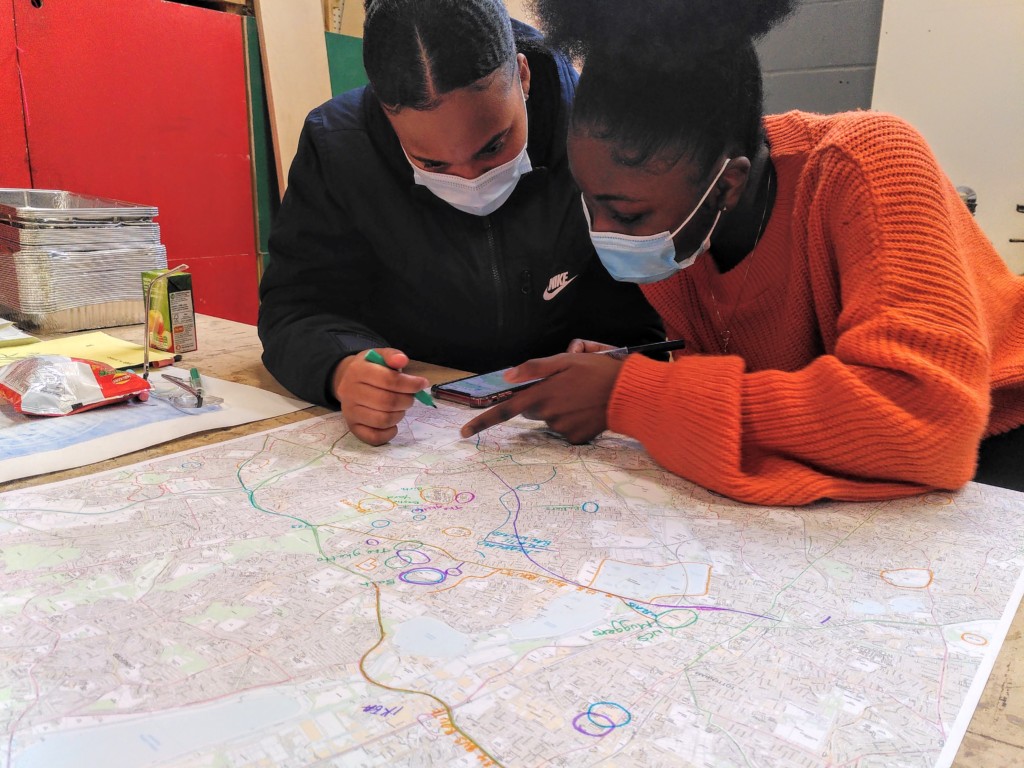 It was surprising to hear some of the gut feelings Responders felt about surrounding areas. For example, Epping Forest was a no-go zone for many, with labels like “scary”, Poundland as “plastic bag wizard”, and a certain area in Stratford a “youtube hotspot”! RESOLVE meticulously unpacked these labels, and the conversations that resulted were important in Responders figuring out what change they want to see.

We moved on from these reflections of the present to start planning ideas for a future Walthamstow Biennial. We introduced the idea of Curation, and asked Responders to imagine themselves as Curators of this Biennial, or community fair.

Becoming a Curator is not something a teenager might envisage for themselves if they do not already know a Curator, or were not introduced to how gallery or museum hierarchies work during childhood. The lack of access to or understanding of this level of creative career is compounded by the lack of curators representative of the diversity of London.

RESOLVE seek to challenge the shortage of under-represented groups in positions of power through their interventions:

“Much of RESOLVE’s work aims to provide platforms for the production of new knowledge and ideas. An integral part of this way of working means designing with and for young people and under-represented groups in society.

Here, ‘design’ encompasses both physical and systemic intervention, exploring ways of using a project’s site as a resource and working with different communities as stakeholders in the short and long-term management of projects. In this way, design carries more than aesthetic value; it is also a mechanism for political and socio-economic change.”

After so much interrogation into the spaces around us, our Curators ideas evolved quickly. Boxed Up is an engineered mobile depository for locals to cast off emotions they are struggling with, by writing them down and expressing them anonymously. Another, Diverse City Festival, celebrates the many cultures of Walthamstow through food, performances, and fashion.

All this in just two days! Needless to say we ran out of time. We’re looking forward to welcoming Seth and Akil back in the not-too-distant future – where we can combine the learnings from day one’s material and day two’s theoretical explorations – to create forms that will be shared beyond Blackhorse Workshop. 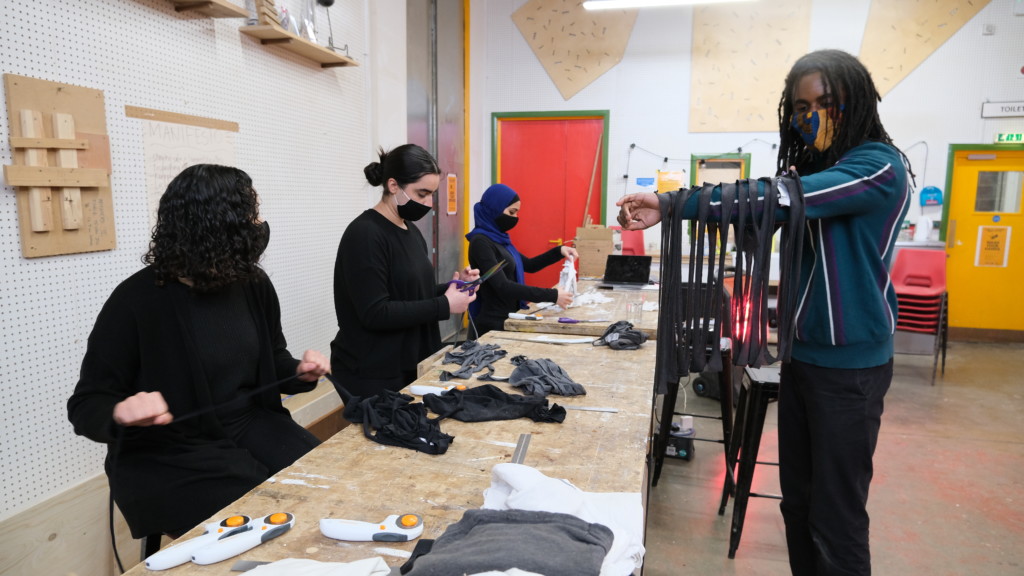