‘I suddenly got this crazy idea to make moons’

Space has been a running theme throughout Adam Azmy’s life so it is no surprise that an encounter with the moon spied through a telescope one night led to him making his very own. But more about that later. He has incorporated elements of NASA design and lunar landscapes into his meticulously constructed designs. When you see his drinks cabinet which takes inspiration from the chevrons on the Lunar Rover’s titanium tyres or the record cabinet which has doors that unfurl like the solar arrays of a satellite, you may think he has been crafting professionally after years of study. But Adam is one of many of our studio members who is self-taught after he found himself on a different path, and changed careers.

It was after a year or so of working on personal projects that the Moon project began. One evening spent gazing through the telescope at the moon with his partner, Adam wondered aloud what it would be like to touch it. And from there how could he make one? How do you make a wooden sphere?

And so the problem-solver and inventor in Azmy was awoken as he worked on creating his own lathe to make a wooden sphere: “It’s a plywood lathe, powered by a sewing machine motor, with a router on an arm that arcs around the centre of the spinning piece. I also use this to make the craters once I have the sphere, by tacking on a colour coded map I made of the moon’s surface using data from NASA.”

And who wouldn’t want their own moon? Friends began requesting commissions. Keeping one hand in VFX, he was fortunate that his current company have kept him on a retainer which enabled him to develop the design business while having a degree of security. ‘When I moved to the retainer job I suddenly had a lot of free time again that I could make stuff both for myself and other little commissions.’

Adam has moved into a shared studio where he has created a perfect space to work in. Finding this balance means that Adam can continue to develop new ideas. This year he featured at New Designers: One Year In, a showcase of emerging talent in design where he featured pieces in a collection called Space Between Space. Maybe also a metaphor for finding space to create and work from the noise of depression and his recent diagnosis of adult ADHD. He even found time to make a short film called ‘Murmurs of a Macrocosm’ which uses audio from actual recordings from Apollo space missions which earned him £300 in prize money which he promptly spent on a Festool sander.

So finally, what does Adam think is the best thing about Blackhorse Workshop?
‘Everything, I couldn’t do any of this stuff without the space, the people, and having my own little studio space here’ 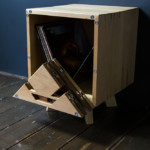 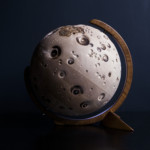 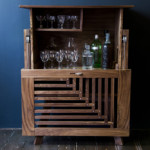 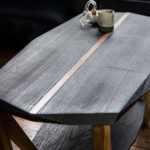